Since the 1920s, when the New York Yankees traveled with a chiropractor to their games, many professional baseball players have been taking advantage of the edge that playing pain-free gives them. Many baseball players from the major leagues have attested to the fact that chiropractic care has been instrumental in helping them perform at their best.

Barry Bonds, who retired from baseball after a successful 21-year career, and who still holds the all-time Major League Baseball record for home runs, said before his retirement, “I go to my chiropractor on a regular basis, because I want to prolong my career as long as possible. I see him about once a week, in between my training (sessions). By getting an adjustment once a week from him, I feel I can sustain my career a lot longer.” Bonds noted, “I think it should be mandatory for athletes to see a chiropractor.”

Former Boston Red Sox and New York Yankees third baseman Wade Boggs said in a 1997 interview, “Last year I found my Chiropractor and I have been seeing him ever since. I have been pain-free and feeling terrific. I swear by it. Now, it is just maintenance and keeping in line so the nerves don’t touch.” Of his chiropractic treatment to relieve the severe back pain that he had suffered from for nearly 10 years, Boggs said, “I don’t feel that stiffness in the entire midsection anymore. I haven’t winced since I started this… The muscle relaxants weren’t working, the prednisone wasn’t working, nothing was working anymore. My legs were like jelly.” After his experience, Boggs became something of a self-described “torch-bearer” for chiropractic. 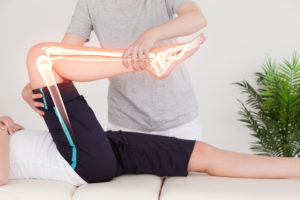 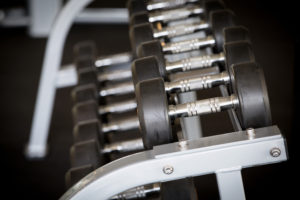 Johnny Damon is another staunch supporter of chiropractic. While playing for the New York Yankees in 2007, Damon advised that they hire a team chiropractor. He knew first-hand of the benefits of regular chiropractic care. Damon was one of only three major league players who had gone for at least 10 years in the majors without being put on the disabled list.

Team chiropractors are becoming increasingly common in Major League Baseball, and these athletes’ testimonials strongly suggest that it’s a good move for any team to make if they want to keep their players healthy and performing at their best. There is even a major league of chiropractors for major league baseball players. Called the PBCS, all thirty teams have chiropractors who work alongside the trainers and physiotherapists to enahnce performance and improve return to play..., naturally!

Dr. Joel Weisberg is the Clinic Director and Principal Doctor at Downsview Chiropractic The difference it makes to a patient when they learn, receive appropriate care, and are empowered to self-manage, is often bigger than the relief they were seeking. Dr. Weisberg is driven to make that difference to people in their pursuit of a life lived well.